Gil has spent a large chunk of this life in formal school situations, studying religion and ethics. He went to Duke as an undergrad, and then to the DivinitySchool of the University of Chicago for an MA in the study of religion and a Ph.D. in Ethics.  While in Chicago, he studied Tai Chi, which, among many other things, helped him to develop a deeper understanding of the human form.

With the path of body exploration opened, Gil went to the Rolf Institute and trained in massage, and was certified as a Rolfer® in 1993. Then he and his wife spent 4 years studying whole person healing and psychodynamics at the IM School of Healing Arts. During that time, he began teaching anatomy at the healing school, and teaching anatomy in the dissection lab as well. That’s where the Six-Day Intensive Hands-On Human Dissection Workshop™ first took form, the core curriculum of Somanautics Workshops, Inc, which Gil founded to administer that program.

Gil Hedley, Ph.D., earned his doctorate in theological ethics from the Divinity School of the University of Chicago, and also became a Certified Rolfer at the Rolf Institute in Boulder, CO, back in the early ’90s. His combined interests and training have supported his personal exploration of the human body and led him to develop an integral approach to the study of human anatomy. Through hands-on human dissections courses in the laboratory, and lecture presentations, he has encouraged thousands of fellow “somanauts” to appreciate, explore and embody the wonders of human form. He has published a number of books, as well as produced The Integral Anatomy Series, a set of four feature-length videos documenting his whole body, layer-by-layer approach, through on-camera dissection. 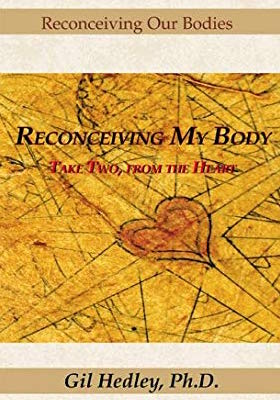 Reconcieving My body: Take Two, From the Heart

"Some Great Quote by Gil"

Videos of Gil’s Work with Fascia

I have always understood and taught that fasciae are connective tissues forming in loose areolar or densely fibrous arrays and membranes in a variety of configurations that support, wrap, cover and transition with other tissues enabling both movement, stability, whole body communication, as well as many other functions. At the recent Fascia Congress in Washington, D.C., a committee on nomenclature presented a consensus definition of fascia that startled me. Due to my failure to keep abreast of a discussion that I erroneously thought was to take place at the congress, I was sorely disappointed to learn that a conclusion had already been reached, and felt a bit foolish and angry (with only myself to blame) for having missed the boat, and everyone heard my Reaction.

Fascia is introduced as an organizing anatomical category for visceral mesothelia. Normal tissue relations are discussed in order to frame the presentation of abnormal visceral adhesions as fascial pathology, 4 types of which are identified. Laboratory dissections of fixed and unembalmed human cadavers provide the basis for insights into these pathologies as regards self-care and therapeutic technique.