Dr. Stecco is a graduate in Medicine and Surgery, and specialized in Physics Medicine and Rehabilitation at the University of Padua, Italy. His areas of prevalent scientific and clinical interest are anatomy of the fascia corporis via dissections and histological studies, including immunohistochemical and molecular biology; study and clinical application of hyaluronic acid; and myofascial syndrome. Following the techniques developed by his father, Luigi Stecco, PT, Dr. Stecco co-authored with his sister, Carla Stecco, MD Fascial Manipulation for Musculoskeletal Pain (Piccin, 2004). He is the author of more than twelve articles published in international journals.

Dr. Stecco was recently elected Assistant-President in the Cabinet of the International Society of Physical Medicine and Rehabilitation. He is also the author of 20 articles in journals, all relating to the category of disciplinary scientific sector MED/34, presentation at international conferences, including one Best Poster Award and three chapters in English text. 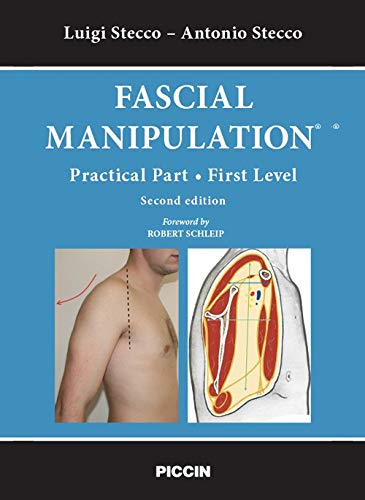 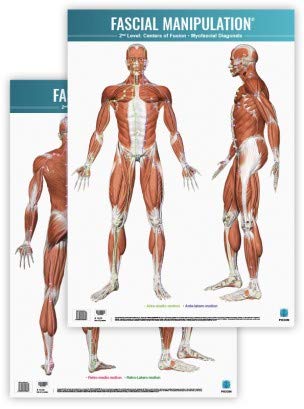 "Some Great Quote by Antonio"

Fascial Manipulation-Interview with Hammer and Stecco

Sampling of Papers written by

Introduction: Spasticity, muscle stiffness, and contracture cause severe disability after central nervous system injury. However, current treatment options for spasticity produce muscle weakness which can impede movement and do not directly address muscle stiffness. Here we propose that the accumulation of hyaluronan within muscles promotes the development of muscle stiffness and report that treatment with the enzyme hyaluronidase increases upper limb movement and reduces muscle stiffness without producing weakness. Methods: 20 patients with unilateral upper limb spasticity received multiple intramuscular injections of human recombinant hyaluronidase with saline at a single visit. The safety and efficacy of the injections, passive and active movement, and muscle stiffness at eight upper limb joints were assessed at four time points: pre-injection (T0), within 2 weeks (T1), within 4- 6 weeks (T2), and within 3-5 months post-injection (T3). There were no clinically significant adverse effects from the injections. Results: Passive movement at all joints and active movement at most joints increased at T1, and persisted at T2 and T3 for most joints. The modified Ashworth scores also declined significantly over time post-injection. Conclusion: Hyaluronidase injections offer a safe and potentially efficacious treatment for muscle stiffness in neurologically impaired individuals. These results warrant confirmation in placebo-controlled clinical trials.

Introduction: Pain, atrophy, and skin depigmentation are known side effects of corticosteroid injection, which can result in dysfunction of the superficial and deep fascia. Increase of stiffness in the superficial fascia can generate an entrapment of the cutaneous nerves with consequential alteration of the fat and skin (Stecco et al 2016), while stiffness of the deep fascia can irritate the nociceptor and generate decrease of sliding with the underlying muscle (Stecco et al 2013). We describe a case study of Fascial Manipulation (FM) to the superficial and deep fascia, resulting in the resolution of soft tissue atrophy and skin depigmentation at the injection site as well as decreased pain after a steroid injection into the pes anserine bursa. A 23-year-old female presented with three years of left medial knee pain that started abruptly after a fall. The patient was treated with a pes anserine bursa injection of triamcinolone. Three months after the injection, the patient developed an indentation and discoloration on the medial aspect of the left knee. Fourteen months post-injection the patient began FM. Methods: Ten sessions of FM targeting the superficial and deep fascia were performed. Results: The patient had near resolution of the discoloration and indentation at the pes anserine bursa with minimal to no pain at twenty-one month follow-up. Conclusion: FM is a potential treatment for the known side-effects of pain, atrophy, and skin depigmentation following an extra-articular soft tissue corticosteroid injection. References: Stecco, A., Gesi, M., Stecco, C., Stern, R., 2013. Fascial components of the myofascial pain syndrome. Curr Pain Headache Rep. 8, 352. Stecco, A., Stern, R., Fantoni, I., De Caro, R., Stecco, C., 2016. Fascial Disorders: Implications for Treatment. PM R. 8, 161-168.

Introduction: Lateral Elbow Pain (LEP) is a common painful condition affecting the working population, however, its aetiology and best treatments remain as yet unknown. Wrist extensor intratendinous modifications are commonly reported (Obuchowicz & Bonczar 2016), although changes in the innervation and vascularization of the fascial layers superficial to the tendon itself have been observed too (Spang & Alfredson 2017). Common treatment of LEP includes exercise therapy, targeting the wrist extensor’s tendinopathy (Cullinane et al 2014). Fascial Manipulation (FM) is a manual method for the treatment of musculoskeletal painful conditions (Day et al 2009). Its purpose is to normalize restricted fascial gliding through deep friction over specific points of the deep fascia, thus restoring the physiological afference to the nervous system and the distribution of forces around the periarticular tissues. The objective of this research is to verify the efficacy of FM in addition to a program of eccentric exercise, compared with eccentric exercise only. Methods: 29 patients (15M 14F, mean age 47) with clinical diagnosis of LEP were recruited and randomly assigned to two groups. The intervention group (n=17) underwent an individual 27-day eccentric exercise program and 3 sessions of FM, distributed over one month. The control group (n=12) underwent 30 sessions of eccentric exercise only. Outcome measures were Maximum Grip Strength and Pain Free Grip measured with a hydraulic dynamometer, Pain Pressure Threshold measured with a pressure algometer on the common extensor tendon, and function measured with the DASH scale. Assessments were performed by a blinded examiner before and after the intervention and at a follow-up of 1 and 3 months after completion of the treatment. The protocol conformed to the Declaration of Helsinki. Results: Both groups significantly improved in all outcomes at 3-months follow-up (p<0.05). The intervention group improved more than the control group at all follow-ups, but a significant difference was reached for DASH scale at 1-month follow-up (p=0.025) and for Pain Pressure Threshold after the treatment (p=0.029) and at 3-months follow-up (p=0.045). Conclusion: Eccentric exercise over one month has been shown to be effective for all outcome measures. The data trend seems to indicate that adding FM to exercise may add further benefits for pain relief. However, the small sample size stands as a limitation and hinders further statistical significance. References: Cullinane FL, Boocock MG, Trevelyan FC. Is eccentric exercise an effective treatment for lateral epicondylitis? A systematic review. Clin Rehabil. 2014 Jan;28(1):3-19. Day JA, Stecco C, Stecco A. Application of Fascial Manipulation technique in chronic shoulder pain– anatomical basis and clinical implications. J Bodyw Mov Ther. 2009 Apr;13(2):128-35. Obuchowicz R, Bonczar B. Ultrasonographic Differentiation of Lateral Elbow Pain. Ultrasound Int Open. 2016 May; 2(2): E38-E46. Spang C, Alfredson H. Richly innervated soft tissues covering the superficial aspect of the extensor origin in patients with chronic painful tennis elbow – Implication for treatment? J Musculoskelet Neuronal Interact. 2017 Jun; 17(2): 97-103.

BACKGROUND & PURPOSE: Neck and low back pain (NLBP) are global health problems, which diminish quality of life and consume vast economic resources. Cost effectiveness in healthcare is the minimal amount spent to obtain acceptable outcomes. Studies on manual therapies often fail to identify which manual therapy intervention or combinations with other interventions is the most cost effective. The purpose of this commentary is to sample the dialogue within the literature on the cost effectiveness of evidence-based manual therapies with a particular focus on the neck and low back regions. METHODS: This commentary identifies and presents the available literature on the cost effectiveness of manual therapies for NLBP. Key words searched were neck and low back pain, cost effectiveness, and manual therapy to select evidence-based articles. Eight articles were identified and presented for discussion. RESULTS: The lack of homogeneity, in the available literature, makes difficult any valid comparison among the various cost effectiveness studies. DISCUSSION: Potential outcome bias in each study is dependent upon the lens through which it is evaluated. If evaluated from a societal perspective, the conclusion slants toward “adequate” interventions in an effort to decrease costs rather than toward the most efficacious interventions with the best outcomes. When cost data are assessed according to a healthcare (or individual) perspective, greater value is placed on quality of life, the patient’s beliefs, and the “willingness to pay.”